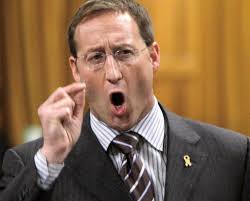 We’ve long known of Canada as one of the “five eyes,” those nations in the Anglo-sphere that so willingly cooperate when spying on each other’s and their own citizens. It was when Edward Snowden leaked a treasure trove of information about the NSA and PRISM that the scales fell from our eyes and most of us lost that naïve sense that we had a relationship of mutual trust with our respective governments.

But now Canada wants to expand their police presence online? Maybe I’m just proud or can’t shake that lingering wisp of nationalism, but I always thought of Canada as a stalwart bastion of liberty and democracy. But she is now proving to be swayed by fear-based rhetoric, convinced to discard (just this once, of course) the due process of democracy when it comes to the Internet.

It all started with the failed Bill C-30, which was defeated, in part, by the over 150,000 citizens’ signatures collected by openmedia.ca. Now, Conservative Justice Peter MacKay (Nova Scotia) is introducing C-30 with a makeover, calling it C-13, or the “Protecting Canadians from Online Crime Act.” The spin is that C-13 is meant to put a stop to cyberbullying once and for all, when if fact, only five out of roughly 70 pages in the bill cover cyberbullying. The rest of the bill sets forth provisions for types of warrants that are very easy to obtain and allow police to monitor and collect online data about any Canadian resident or citizen. It also grants ISPs immunity from lawsuits or prosecution if and when they do surrender private data.

The “repackage and spin” of unpopular bills is nothing at all new to the Western political process. In the U.S., when Americans initially rejected a bill that would form their central banking institution, the Federal Reserve, Republican Senator Nelson Aldrich simply repackaged the bill, passed it on to a couple of Democrats and spun it as a bill to heavily regulate (and punish) America’s banks, who were almost universally blamed for the periodic economic downswings common at the time. Well, that bill was possibly the greatest boon to America’s—or even the world’s—banks to date. Perhaps a more relatable example is the American online regulation bills known as SOPA, PIPA, CISPA or the half dozen or so others than keep getting thrown up by Congress and defeated by public outcry.

MacKay and his fellow MPs all know that the whole cyberbullying thing is a ruse. MacKay has even been called out on it publicly during a debate over whether or not to push C-13 through Parliament with a motion to allocate a time limit of two days for a vote. Clearly MacKay was attempting to suppress democratic debate on the bill, just wanting to get it through as quickly as possible without the fussy back-and-fort of any possible dissenting voices.

Péclet  then asked, referring to the fact that very few representatives had been allowed to speak on the bill, if MacKay and the government planned to reform their entire view of what is and what is not a democracy or a democratic debate. MacKay replied (straight-faced I’m assuming): “If it means saving lives, yes.”

MacKay makes it seem like 9/11 all over again. Canada needs a Patriot Act! But what lives is he talking about?

It’s all moot anyway. During the same debate, MacKay let it slip (what would Freud think?) what C-13 is really all about, saying: “What we are doing in essence is empowering police to investigate and police the Internet.”

Of course, this revelation opens him up to criticism and rebuke, to which MacKay quickly refers to the “judicial oversight” written into the bill. What does this mean? MacKay is presumably referring to the vague wording in the bill that requires police get a warrant from a judge before embarking on an online investigation. However, all that is required to obtain said warrant is “reasonable grounds for suspicion.” It’s almost meaningless and so obtuse and nonspecific that nearly anything could fall under the umbrella of “reasonable grounds for suspicion.”

Steve Anderson, Executive Director of OpenMedia.ca—who led the campaign to defeat C-30—said, “Justice Minister Peter MacKay is trying to cover the government’s online spying tracks by pushing a bill through Parliament that will actually provide immunity to telecom companies who have shared your sensitive private data without a warrant.”

What does that mean to you? Anderson goes on:

“… if you are the victim of cyber criminals, identity theft, or even wrongly targeted by police because your Internet or cell phone provider handed over your information without cause you will have little recourse. In fact, you probably won’t even be notified if you private data has been breached. This irresponsible legislation clearly shouldn’t go forward.”

An admirable, rational reason to rallying against C-13 indeed. I, however, would like to offer a bit more of a nationalistic, emotional response: Let’s let Internet freedom, online privacy and net neutrality be yet another one of those things in which we Canadians proudly separate ourselves from our neighbors to the South. While they muzzle the voices of their citizens, restrict the economic, artistic and technological benefits of the Internet, Canada must take a different, better path, the sunny, well-lit path of freedom and liberty and prudence. What do you say?